A real game of two halves ,preparations for the game weren’t ideal with a number of the squad involved in a championship hurling match earlier in the day. This possibly contributed to the mediocre first half display.

We went behind in the first minute when a simple pass forward failed to be cleared and a deflected shot ended up in the goal..Ballinroad were dominating in most areas and our work rate was well below par.
We went 2 nil down when a corner bounced around the 6 yard box and the ref deemed to have crossed the line.

A few stern honest words at half time and, to the players credit, a bit of soul searching too set them up for a recovery of Istanbul proportions in the second half.

The lads set the tempo with an aggressive hard working performance from the first whistle and were rewarded when Lee Tracey pounced on a defensive lapse and finished to an empty net.

Well on top at this stage the equaliser arrived on the hour mark when Dylan Harrington weaved his way around 4 defenders and passed into the corner of the net with a level of calmness that’s rarely seen at any level of the game.

Fatigue was starting to hit a few lads at this stage and the guys that came in allowed the performance level go up a few gears and gave us a platform to get a third goal from a Lee Tracey free kick..Lee sealed the pts when he broke from midfield and rounded the keeper for an easy finish.
Great character shown by all the squad again to dig deep and salvage a result .

Special thanks to the parents for getting the lads to the game so soon after their hurling match , much appreciated from the management.
Well done again lads 👍

The lads had to travel to tramore for a junior cup fixture against premier division opponents , and will feel disappointed to come away with a loss after a terrific performance . In the first half tramore had more of the possession but our defending and closing down from defence , midfield and strikers was unreal as everyone worked tirelessly, limiting tramore to long distance efforts . Looking like 0-0 at halftime , but we gave away a free on the edge of our box on 45mins .

When it came in derek came to punch , but missed and the ball was nodded in . Positive words between the team at the break , and the second half started as the first finished .

Tramore having possession , with us holding them at bay and really frustrating them ,and playing lovely counter attacking football . On 55mins we had the best chance of game when Daniel synnott switched the play to Jason Sauvage, Sav then played an pin point through ball to chris Barnes with only the keeper to beat he curled it wide of the post .

We still battled , we made a few changes as legs were getting tired , but still we gave them no clear chance at goal . In the dying minutes a goal mouth scramble in tramore a box where it looked like a handball denied Ivan Tobin a clear scoring chance . Johnny kav was given a straight red card for his protest about the handball . And 1-0 is how it finished .

It was a joy to watch even though the result went against us, and it goes to show with the right attitude and determination it doesn’t matter how many divisions a team is above you , you can still compete . Massive well done to the whole team and 5 subs who were used , ye did the club proud .

A rather flattering scoreline with Christmas coming early for Stradbally. An og and a second goal direct from a corner kick left the boys with a mountain to climb. The Stradbally goalkeeper was then sprung into action with four brilliant saves before a break away goal finished the lads off. A late mistake left Stradbally in for a fourth goal. A harsh lesson today but days like today can be used to good effect in games to come.

This evening we restarted our academy sessions and also the girls kicked off in glorious weather also. We were anticipating big numbers but were blown away with the crowd. Over the coming weeks there will be a few changes to times and groups so stay tuned.

Have a look at some of the photos of our youngest group who started tonight, all the boys are 4 & 5 years of age.

Tomorrow, u12 home to Stradbally, kick off 10.30.
This squad will hope to build on their win against St Paul’s and climb the table to keep in touch with the early leaders.
2a away to Tramore in FAI Junior cup, kick off 7pm.
A trip to premier outfit Tramore under the lights in what is an excellent opportunity to test themselves against so called top drawer opposition.
Sunday: Youths away to Ballinroad, kick off 3pm
A big game on Sunday for the youths as they will look to stay top of the table after four games.
Support as always is most welcome for all teams but especially our u12s tomorrow morning.

Big thank you to Michael Fox of Lawnmower Service and Repair for his service and work this week on our ride on lawnmower. 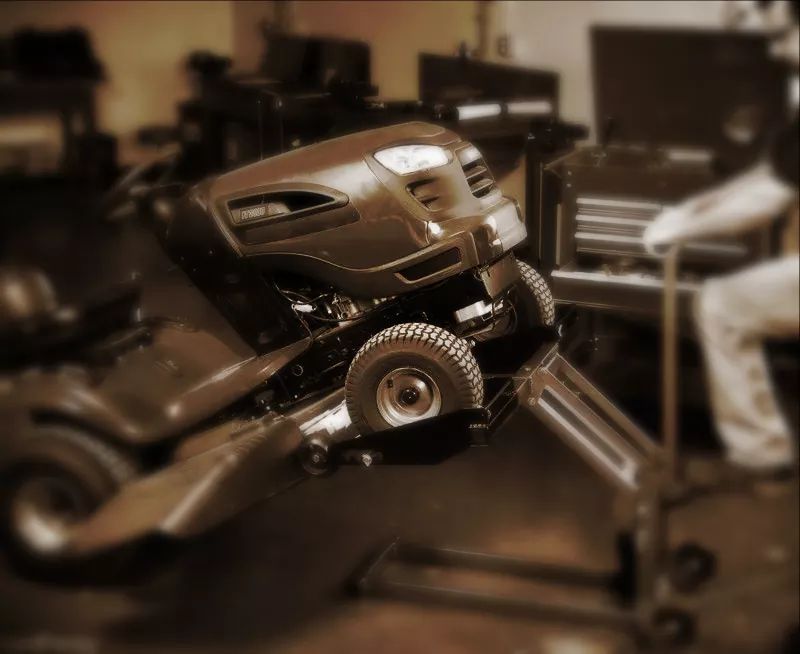 Always at hand to help, Michael and his business is a very valuable asset to the locality and we urge as many members as possible to send their mowers Michael’s way for service or repair. Follow his Facebook page and give it a like

Academy restarts Friday evening in Carrigeen astro turf from 6-8pm. First up at 6pm, the younger lads u5,u6 and u7s who are on until 7pm.
At 7pm the older lads u8 and u9s are on until 8pm. Also 7-8pm are all the girls.
We thank all that have registered to date, people can register on Friday aswell. See you all there.

As numbers registered for academy are big so far, we will be requiring coaches to help out. An hour a week is all we ask, guaranteed fun with the kids. To maintain the numbers we require the help so don’t be shy. Friday evening from 6-7 or 7-8. See ye there.

The grass is growing at a serious rate on the new ground with the wet weather and still plenty heat in the ground these last few weeks. 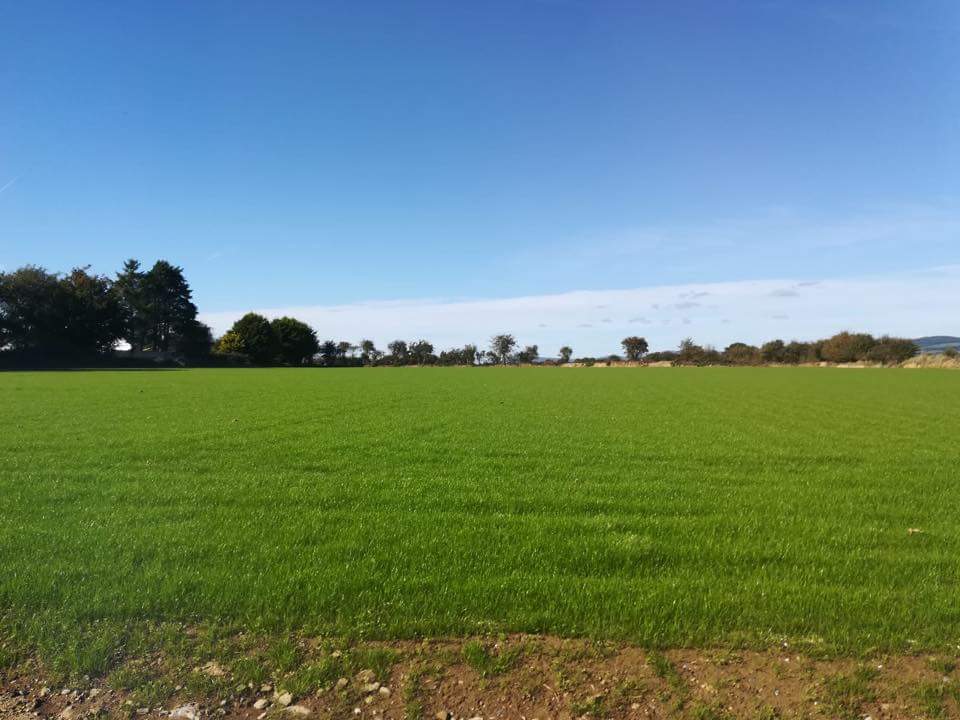 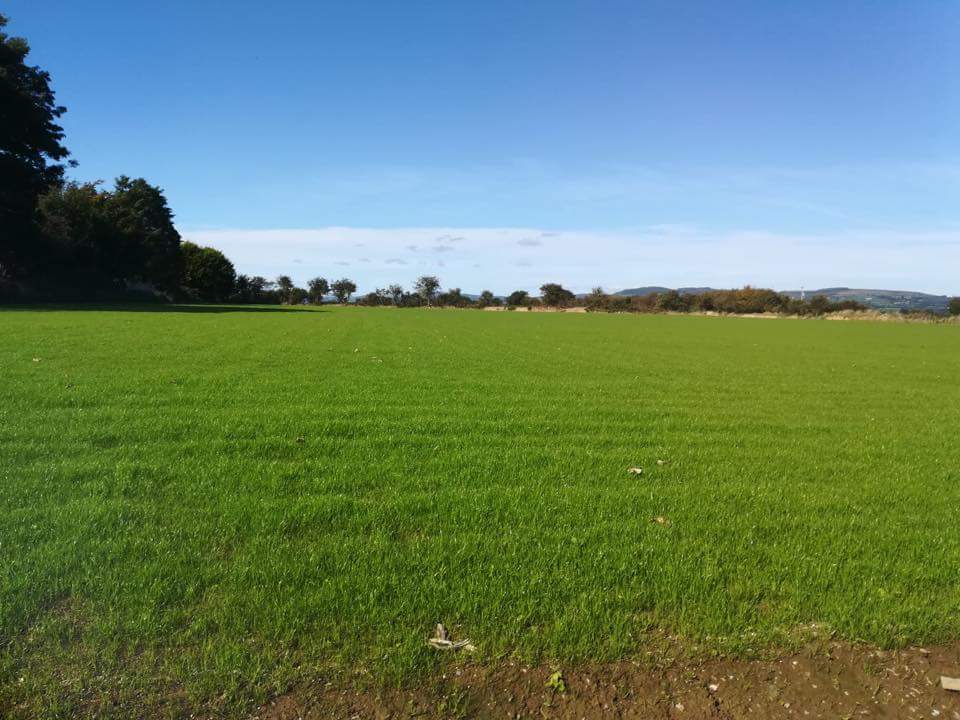 It looks superb in such a short few weeks.

A Good tough cup game , probably not our best performance but played ok without getting anywhere near top form.
We were well on top first half but didn’t turn pressure into goals and went behind with a soft goal conceded from a corner…
We Battled back into game in second half and equalised when Dan Fewer ran on to a through ball and held off 2 defenders to rifle shot into the roof of the net..
The second arrived shortly after when Conor Stacey and Lee Tracey combined passes for Lee to finish with a near post shot…
The Game ebbed and flowed up and down the pitch for the remainder of the game .with time just up we gave away a cheap free inside our half and failed to deal with the resulting ball into the box which was nodded home by the St Paul’s striker.

Sickened would be an understatement but these lads are serious characters with great determination to deliver results and they still managed to carve a few chances in injury time.

Lee Tracey stood over a 30yrd free-kick with time up and struck a brilliant shot to the bottom corner that the st Paul’s keeper was unlucky not to stop .

Good result and onto round 2..