The new Schoolboys season is about to start and we already have a bit of good news we would like to share with all members and supporters which occurred recently.

One of our own schoolboy players has recently requested to sign for Waterford FC and last Sunday, Daniel Ponce de Leon starred in a mini tournament for them against Rangers of Northern Ireland, Bohemians Fc and Klub Kildare, delivering excellent performances.

All in Mooncoin Celtic are absolutely delighted for Daniel on making the step up to the higher level of underage football at League of Ireland level. His attitude, hard work and superb application to everything he does on and off the pitch has paid off and Daniel has a very very bright future ahead of him in the game.

Well done to all within the club who have helped Daniel along the way from academy level right up to his recent opportunity with Waterford FC.

We will be following Daniel very closely with Waterford Fc in the U14 season of 2023. Congratulations Daniel and the very best of luck young man.

At our new grounds yesterday, we had a little mix and match of our youngest girls group teaming up with our Senior Ladies group for a short ball work session and plenty fun was had by all involved with our young u10s showing off their skills and impressing our older girls.

These young 8 and 9 year olds girls are the future stars of our female section and will be a driving force in years to come.

Our young academy boys took part in the Ferrybank AFC U9 Clover Tournament today and put in a great effort in both their groups to gain much needed experience in a competitive setting.

With 13 out of the 17 on duty underage again next year, today will be of huge benefit. Special mention must go to 7 year old Billy Fielding who bagged a hat trick in game 2 against Dungarvan and also notched against Tramore.

Big thanks and well done to Ferrybank on a brilliantly run U9 Academy tournament.

We wish the very best of luck to Ethan and the Waterford u12 development squad in the final tomorrow afternoon vs Dublin.

This photo was taken 3 years ago on the day of our Last Soccer Marathon (a sunny day) and includes Crossbar Challenge winners young Shay Moore and Ted McLoughlin.

Also in the photo is TJ Curran and James Mackey.

Tomorrow these boys will lead our academy boys in the Ferrybank AFC Clover Tournament for U9 boys. 32 teams are entered with Mooncoin Celtic entering 2 teams in what will be an exciting day for all involved.

Best of luck to all involved.

Massive thank you to Graham O’Mahony, Mooncoin Costcutter for his recent kind sponsorship towards treats for our academy kids who finished up for the season last week.

We urge our club members to always support your local businesses.

A beautiful sunny evening in Suir Crescent was the scene for our final academy session of the season.

Ice cream enjoyed by all boys, girls and coaches as well as a little bit of soccer. Hope to see all academy kids back on the 25th June for our Soccer Marathon and returning for academy sessions in September.

Big thanks to Jason King and Ballyduff for hosting us and thank you to all parents for their continued support for the kids. 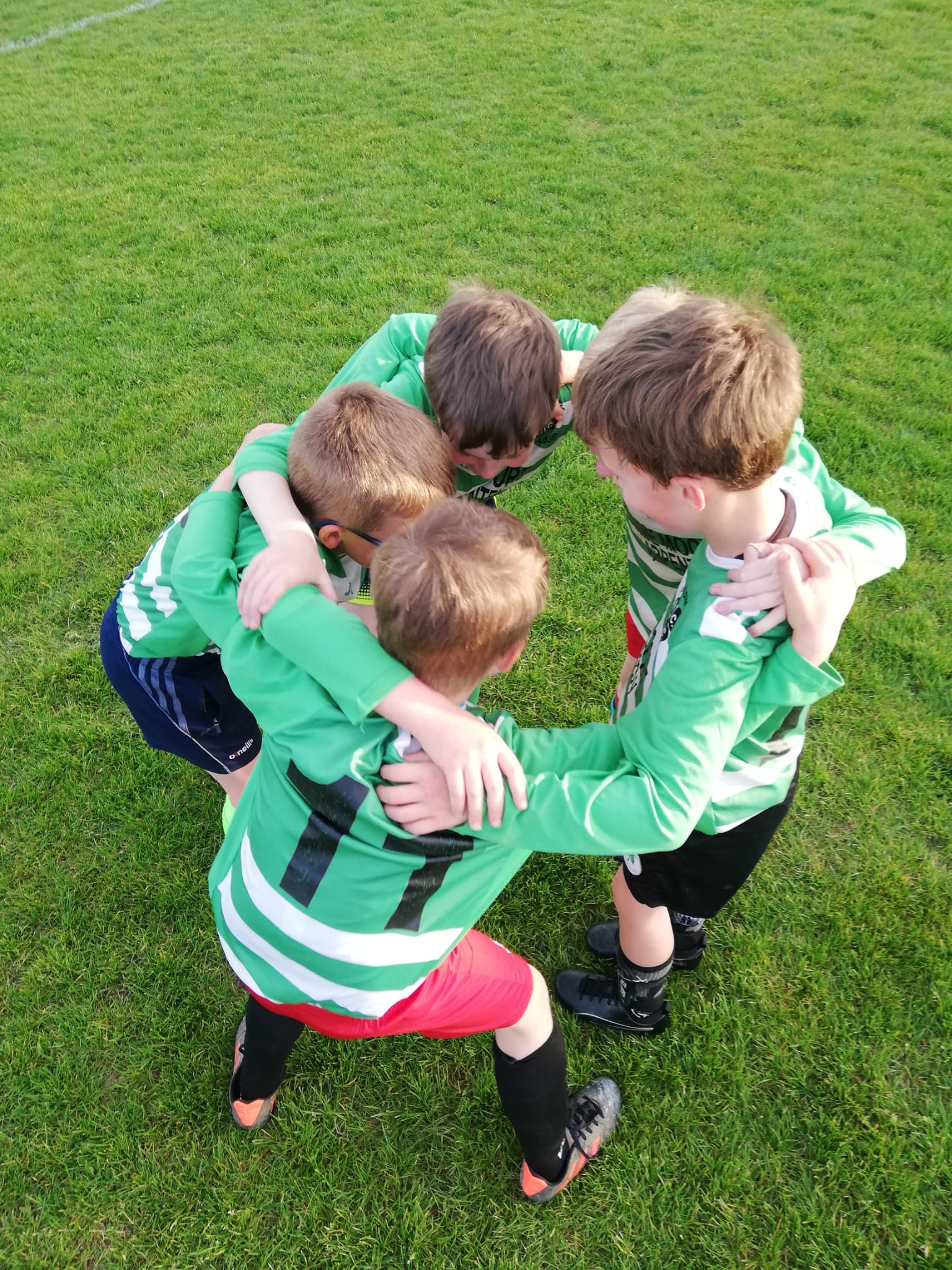 Our academy kids up to u8 welcomed Piltown to sunny Suir Crescent this evening for a bundle of games and the very large crowd present were treated to 2 hours of fabulous entertainment with goals, tackles, tears and laughter aplenty from both sets of kids.

Big thanks to all coaches from both clubs for giving up their time and nurturing the next generation of stars.

We were delighted to have Sonya of Wild Willow Coffee Trailer on site for the evening too serving lovely treats and refreshments.

There was plenty of football and fun with the Academy girls in Piltown.