Sunday afternoon saw our Under16 squad make the journey to the Coastal Town of Dungarvan .

Eager to get back into the swing of the soccer season after the Christmas and Covid break both sides were really looking forward to this game . The first ten minutes saw both teams testing the waters and trying to impose themselves on the game .

Mooncoin, eager to start well , took the lead when a Niamh Reddy Clearance down the line was met by Emily Blackmore who crossed the Ball to a running Aoibhe Rees who took a touch before finishing to the home sides net .

Our defence line up off Kate Mc , Eimear Quinn and Team captain Ella Bailey did very well this afternoon quenching any immediate threat on goal . On the twenty minute mark , Dungarvan broke loose and looked to be heading for an equaliser, only for the shot to be cleared by Sadhbh Kirwan .

Mooncoin began to press once more and Sommer Grant sliced a ball through for Aoibhe Rees to run onto and finish to the net . On the half hour mark Luiseach O Donohue won a ball on the wing which Ellie Corcoran played over the top to Emily Blackmore who sized up her options before slotting to the net to make it 0-3 .

Five minutes from half time Dungarvan drew one back taking us to the break at 1-3 .

The introduction of Subs at half time freshened the squad up, Emily Cooney made her presence known early on and really imposed herself on the game . Caoimhe Hartwell worked tirelessly on the wing creating chances , before making way for Katie Phelan to took the mantle 20 minutes to go , on the 50 minute mark Molly Long used her pace and speed to get a cross ball to Emily Cooney who scored her first Goal .

Ten minutes later a ball sent in from Luiseach, was battled for and won by Emily Cooney , claiming her second of the Day , Hannah Flynn ,Orna Hennebery both did their jobs and kept things ticking over when introduced with ten minutes to go .

We also welcomed back Sophie Schaill today who is eager to get back to buisness . Special Mention to the always energetic Luiseach O Donohue who gave a player of the Game performance today in her Mooncoin Celtic Jersey . 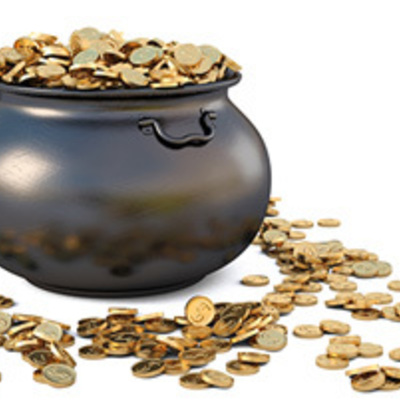 Our Ladies Committee are now launching a fortnightly fundraising draw which is called The Mooncoin Celtic Schoolgirls and Schoolboys 50/50 draw.

How the draw works is simple: Envelopes costing €2 each will be on sale locally in shops and other businesses.

Entry can also be bought online just click this link below

Every fortnight, a draw is held where 50% of the pot is won by one person and the other 50% goes to the fund for maintenance of our complex. All draws will be held live on Facebook.

The first draw will be on Sunday 6th February 2022 at 6pm and will be streamed live on Facebook from Suir Crescent.

Thank you in advance for your support. Regards, Mooncoin Celtic Ladies Committee.

First game back after an extended Winter break saw us visit Tramore. An early goal settled us and we played some great attacking football. A dominant 1st half display saw us go in 3 up at the break.

The 2nd half was a more even affair as Tramore grew into the game and both teams scored in quick sucession. The win was sealed with a long range strike from Billy.

Great team performance by all, special mentions for Billy & Liam .

Captain for the day Sean led the team out for the coin toss. A minute’ silence was then held before kick off as a mark of respect to Pauline O’Brien who passed away this week.

A dogged performance first half saw Mooncoin unlucky to go in at the break 2 down however. An outstanding save from Fionn was followed in over the line for the first. Similarly unlucky for the second as again another great save was followed up by a Park Rangers forward. The visitors had no joy down our left with Eoin covering well for Sean all game.

Some great midfield play from Aaron allowed Cian to break forward but his shot was held by the keeper. Two injuries at the break saw a number of changes and Mooncoin opted to go with 2 up top. It wasn’t to be however and the visitors doubled their advantage.

A late chance created brilliantly by Charlie was unfortunately saved near the death. This group of boys are improving all the time and will get their rewards yet.

Special thanks to Dragons’ Den for sponsoring our jerseys. Next match away to Bohs in two weeks time.

It was a wonderful feeling this morning in Faithleg to finally get back to some Schoolgirl soccer after the Christmas Break .

Our ladies lined out against Park Rangers this morning in a game that brought plenty of excitement.

Park Rangers started very strong and we found ourselves 2-0 down after 20 mins , it’s at this point that the Mooncoin girls really rallied and started to get into the game . The girls began hunting in packs , Ella Bailey Kate Mcgrath , Cayla Dunphy and Niamh Reddy really got stuck in in the defence and made it their mission to cut out as much danger as possible .

Ciara O Keefe was in fine form today , and gave a phenomenal display today covering most of the park Rangers pitch . Once the game settled there was plenty of To-ing and Fro-ing ,
Luiseach O Donohue used her pace to her full advantage on the wing , with plenty of play coming through her contributions.

Katie Phelan yet again gave a solid performance doing all that was asked of her in the middle of the field , along with tireless team mate Eibhlin Holden .

Sommer Grant was a constant thorn in the side of the opposition , as she sprayed ball left and right , herself and Casey Moore really settled into their roles today. A few chances came out way .

An Emily Blackmore free kick with saved by the park Rangers keeper towards the end of the first half . Our goal came from a cross that was taken down by Debutant Alanah Jordon who made the pass to a waiting Sommer Grant , who quickly finished it to the net .

Full credit has to be given to Molly O Doherty who was brave enough to step between the sticks today and represent her club , who never once let nerves get to her.

Big game today with the league leaders coming to Suir Crescent, we knew this was going to be a battle and it certainly lived up to that billing. The game started off end to end with lots of passing by both sides on heavy ground, we were first to make the breakthrough with lots of pressure we caused down both wings we won a corner took by Anil which went low across the box which Emily latched onto and send home a screamer to put us one up.

At halftime we spoke about how we expected Dls to lift there intensity which we would have to match, which we did with some unreal tackles especially in midfield which was impressive, but what impressed the most was the teams will to pass in tight areas under press and we’re unlucky not to get a few goals in the game.

Credit to all the team for the performance and makes it hard to pick a mom, but we agreed it had to go to Liam Mackey for an all round performance on the left wing the whole game was outstanding. One last note it was great to see De La Salle set up for a handshake at the end of the game after all these kids going through nearly 2 years of restrictions,

I think we have gained even more respect for De la Salle 👏🏻.