Ploughing and removal of larger stones completed thanks to Declan Walsh and grandson Jack.

Our prayers have been answered the lads are back on site and ploughing ahead.

We are now selling FAI national draw tickets for €10 each. These can be purchased from any of the following: Brendan Conway, Richard Long, Karl Conway, Michelle O Hanlon, Jeremy Rothwell, Kevin Walsh. All of these can be contacted through Facebook or contact Kevin Dobbyn 0876167700 . A huge amount of prizes on offer from cars to trips to champions league matches and many more.

The golf classic on Friday September 22nd is filling up fast so we urge anyone interested in getting a team together to contact the names on the ad, team of 3 for €75 which includes your dinner afterwards. Also, any businesses out there who wish to sponsor a tee box or a green please get in touch.

Little update for everyone on the Suir Crescent development. Due to the weather the last 2 weeks, work has stopped as the ground is unsuitable to prepare for the drainage work but there is still a huge amount of work done to date. Fingers crossed the weather will be good to us in the coming days and the work will recommence.

A very interesting game takes place tomorrow evening in Ashgrove when the Dixie derby at u13 level takes place at 6.15. In the green corner is Mick Dixie Conway managing Mooncoin Celtic u13s against a Piltown side in claret and Blue led by Thomas Dixie Conway. Plenty of slagging and jockeying has gone on in the few weeks since the fixtures were released but all of this will be put to one side when the game kicks off. The late Tom Dixie Conway will be smiling to himself upstairs watching this one where 2 sons will try outwit each other and 2 grandsons will be trying to get one over on the other. A must see game for anyone. 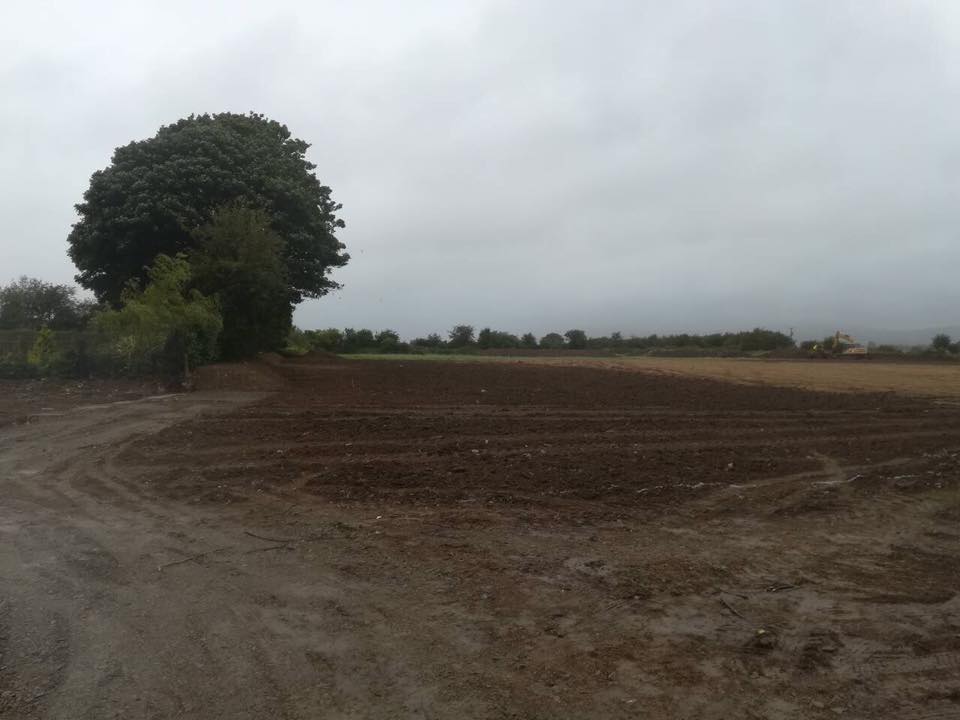 The bad weather didn’t stop the ongoing works in Suir Crescent today as the preparation for drainage works continued. Trojan work being done on a daily basis by the lads.

Notice for Youths, registration forms to be returned Tuesday evening between 7 & 8 to Ashgrove. Anyone who doesn’t have a form, drop down with a parent/guardian as their signature will be required on a registration form. All U16s from last season are welcome along with any new players Tuesday evening. Training next Saturday evening at 7pm. First game against The Villa next Sunday at 2pm in Ashgrove.

Mooncoin 2b challenge match-
An understrength Mooncoin side took to the road today and met a very impressive Ballyduff 1B squad. Ballyduff knocked in two before the half hour with little chances created by Mooncoin. The final 15mins of the half seen more inspiration and we finally got our foothold in the match. The second half was much livelier with mooncoin on top. Some nice build up play which ended with a ball in from Griffin for Synnott to scramled it over the line to match it 2-1. Ballyduff struck a shot from outside the box on the 65 minute mark which regained the two goal advantage. Ballyduff knock two more past Mooncoin in later stages to run out comfortable winners. Next up is Kilmacow on Wednesday. Kick Off 6:45pm.