Winners of the 300 Club July draw are:
1st Prize €700 Mervyn O Callaghan
2nd Prize €200 Jimmy Grant
3rd Prize €100 Jodie Murphy
Thanks to everyone for their continued support and well done to all our winners!!

Monday 26th of July 2021 saw the curtain come down on the schoolboys season after what seemed an eternity of lockdowns due to Covid 19. We will give a quick run down on all our teams in what was a hectic 2 month period with games a plenty and little time for anything else. It was great to see all our schoolboy teams, except our u16s, play a fixture or two in our new grounds in Suir Crescent.

Our u11 squad under Mike Molloy and John O’Connor’s watch had the privilege of playing the first fixture in our new ground against Park Rangers.

They also had games over the last number of weeks against Dungarvan, De La Salle, Piltown and Kilmacow . A busy few weeks for this young squad with the majority on the go 5 or 6 days a week with soccer and hurling.

With the new season starting in September, this short season will stand to them going into competitive football at u12 level.

Coaches Miguel Ponce De Leon, Colm O’Donoghue and Niall Owens will be happy enough after their games as the lads and lady improved with every game and won 3 out of the 5 games played in the u12B league. With the majority of this squad underage again for u12, this experience will be invaluable for the new season.

Entertainment and goals galore were the order of every game this squad were involved in as Eric Walsh and Wattie Foran over saw 5 games in which it took the lads a couple of games to click together and from there the confidence grew with excellent performances against Carrick and Bohs finishing off the short season.

A goal that wasn’t given against Bohs to deny them 3 points and a single defeat against eventual league winners De La Salle denied this squad honours but Thomas Conway and Mark Quinn will be very happy with the performances of all involved as the lads and hot shot Emily Blackmore were only getting going as the season came to a halt. With players unavailable for a number of the games in the short season plenty to look forward to for next season when there is a full crew available. Good experience gained by all.

A tricky number of weeks for Kevin Kennedy, Pat Walsh and Michael Power as the loss of players for a variety of reasons caused havoc with match days , but the lads got on with the job in hand . The lads on duty seized the opportunity and big improvements were clear to be seen thanks to more game time.

Derek Tebay and JP Byrne had a squad that had 8 games to fit in and again slowly got going and improved with every performance . The change in this squad physically over the last few years has been staggering and they can look forward to U16 football with confidence.

So near but yet so far for Mick Conway and Mickey O’Hanlon as near neighbours Piltown pipped this squad to league honours on the last day of this league.

Disappointing in the end but again this squad have a lot to look forward to as they step up to u17 and adult football.

A big thank you to all our coaches over the last number of weeks and also a well done must go to the parents who have been run ragged every day of the week between different sports.

Unfortunately no trophies from this short season, but progress is evident in our players and all our teams will be back training in a number of weeks refreshed and ready to go again for season 2021/2022.

Closing Date for registration for our upcoming Summer Camps is this Friday 23rd July. There are only a few spaces left on each camp so click on the link to register your child.

We hosted title chasing Seaview in our new ground in Suir Crescent tonight, a great occasion for the gang. Seaview came into this one bang in form but came up against our first full squad since the start of the season. The visitors were unlucky not to go ahead when a thunder bolt of a strike came off the underside of the crossbar, that spurred the team on to play some excellent football and we went 1-0 up with a super finish from Emily after a brilliant passing move and that’s the way it stayed till half time. The introduction of some strong subs at half time again produced some excellent football to tee up Emily to hit her 10th goal of the season with a sublime finish. Our 3rd goal came from a player we’ve missed since day one, josh scored an amazing solo goal on he’s return from injury overall a super performance from the entire squad but our star of the match tonight was Michaél el”spinazoola”murphy who had an amazing game at fullback in a very solid defence.

There’s a kiddy excitement from adults young and old as the Waterford Junior league season is about to get underway and Mondo can’t wait to see how the Mooncoin Celtic 3rd Division team will kick off the new season.

A great end to the 2020-21 with 2 good teams duking it out in the RSC with Ethan Owens grabbing the all important goal to seperate the teams.

Mooncoin Celtic sported their brand new kit and with the new shirts came refreshed confidence as the team played ball stride for stride with a good Bohemians squad.

While the tie was tight Mooncoin hit the post twice, skyed a penalty and only for 2 really great saves from the Bohs keeper the score line could have been different.

It was a great way to finish off the season, and we here at MCFC central are all sure the summer break and good pre-season will see this team shake up the u13 league next year.

Disappointing end to a great run. Today’s game was a fierce contest and Piltown had enough in the tank to see it over the line.. our goal coming today from Adam Conway. Most importantly we need to take as many positives from this and build on it and roll into the Under 17 season with heads held high. A great turn out to support these two teams. A great squad in numbers the whole season and the hard work was put in on the training pitch all year. Jonah O’Toole, Alex Bailey, Ciara O’Keeffe, Tom Conway, Conor Dermody, Denis Kinsella, Sean Lennon, Liam Hogan, Adam Conway, Stephen Foran, Sam Hartwell, Lee Freyne, Cian O’Sullivan, Matthew Morahan and Daniel Roberts made up today’s squad.. Keep the heads up… We will bounce back and go again.

Big thanks to Graham O’Mahony of Costcutter Mooncoin Stores for sponsoring a new set of jerseys for our U12 side.

A big thanks to another local business backing the youth of Mooncoin and ensuring they look the part on the pitch. 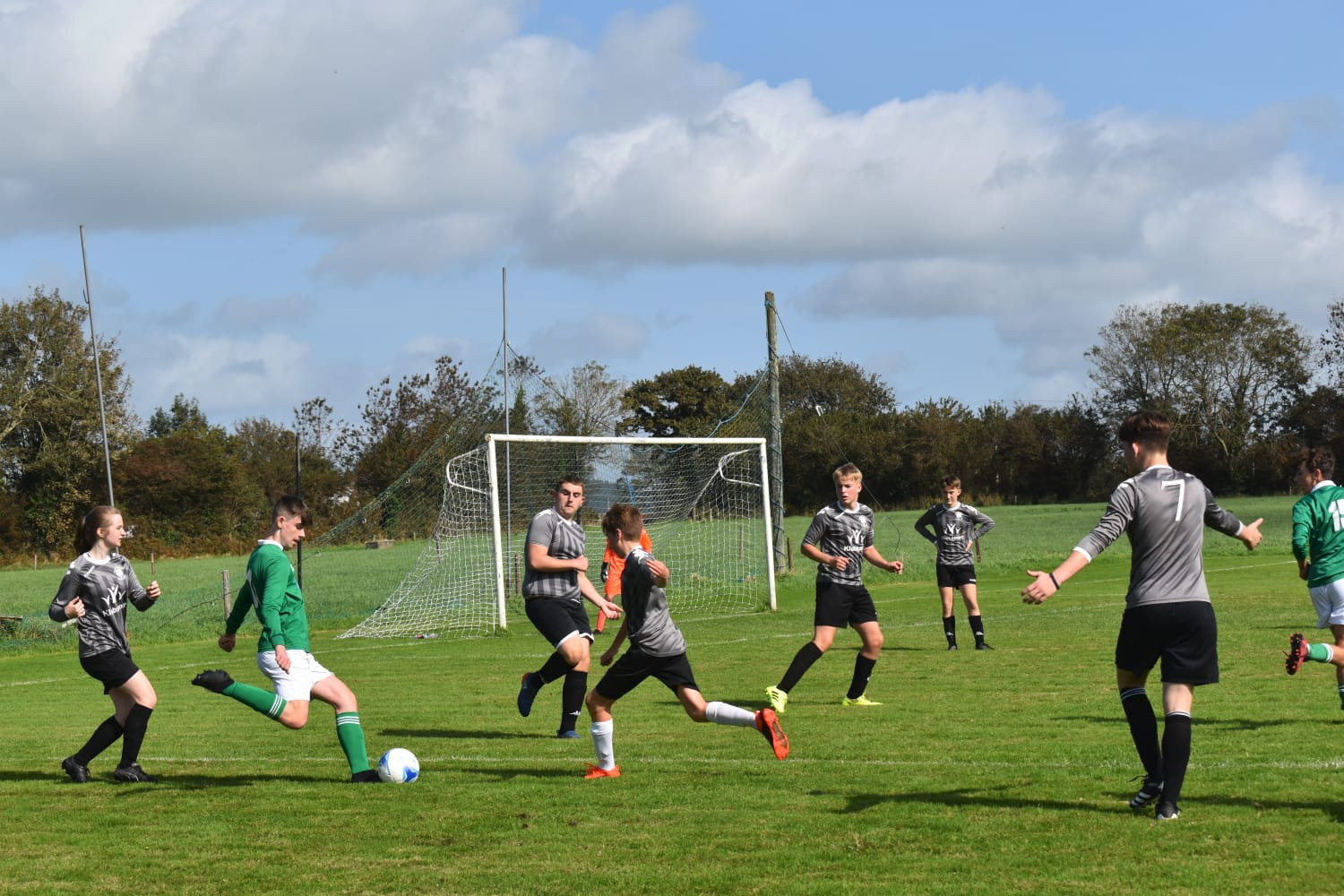 The most anticipated game in a very long time takes place this weekend …. and all here at Mooncoin Celtic are buzzing. A top of the table U16 home tie against Piltown, were the winners take a league title and some bragging rights for the summer.

This should be a great game, so warm up your vocal chords people, come decked out in green and roar the home team on.